After nine years in Idaho, it’s time to pack up and say see ya! 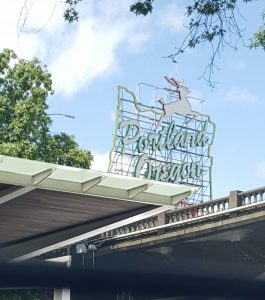 2009, I will never forget it. We were living in Fresno, CA. I had just started my business the year before and was in the oh crap stages of starting a business. Eventually, I was able to find a part-time job that helped bring in a little extra income and work with my goal of building my business. My husband had been at his job for some years so we were pretty confident he would be there until he was ready for a change. Unknown to us the future wrote a different story. We had medical bills piling up due to my stepson’s diagnoses of Pulmonary Hypertension. If you ever want to find out how good your insurance coverage is, have someone in your family get sick. In the middle of all this, my husband lost his job, yup your read this right he lost his job.

Now if you see the year above many of you will be thinking oh crap that was the about the year the housing bubble popped, companies were closing left and right resulting in numerous people now filing for unemployment as jobs were scarce and the result for many, losing their house. We managed to make it about a month without my husband working but the horrific realization that yes we would be losing our rental as well. With not many options available to us, we decided to make a move to Idaho. When this opportunity was put in front of me my answer, …………..? Oh the potato state, uh ok.

I had only ever traveled around California, lived in Texas majority of my life and visited New Mexico. I was unfamiliar with Idaho, and so I began to do my research. The plan was that Jimmy would go up first and get settled with his family who lived there (also the other reason we decided on that area) while I stayed behind and continued to work. It worked for a couple of months and then I followed. To say that Idaho was different was an understatement. For me, it was a culture shock. I had no time to prepare myself for moving to a new area which was smaller then what I was used to. I came full of spirit, positive thoughts and eager to meet new acquaintances and continue to build my business.

What I wasn’t prepared for, were the looks, the harsh jokes about Californians from people I just meet 5 minutes earlier in a professional setting. Being tailgated on the freeway to the point they almost rammed my rear end and seeing them laugh as they drove to the off ramp. When I confided to some of my new friends I was advised the following: 1)never say you’re from California and 2)just roll with the jokes.

So I did for eight years.

I struggled to find work in the area. I am so thankful to those who took a chance on me and helped me find those necessary connections (you know who you are). But, I found myself changing who I was and how I did things. Basically what made me, me and such a bad ass Publicist so that I could find clients in the area. With the exception of those who did help me, I didn’t feel like myself to anyone else so yeah, in rolls the sad years. Did I mention I was told that I would have to change my tactics?? Wow I mean I get it adapt but change come on?

What made things worse, was when I was helping a client, someone they advertised with was unhappy when my client decided to advertise no longer with them. I had no part of the original deal and came in, in the middle of the first ad coming out. When it did my client thought uh oh we mad a boo boo we should not have advertised here. I ended up being called by the person they placed the advertisement with numerous times wanting to know why. I tried my best to keep things calm and allow my client time to do their follow up with their reasons but, in the end, I came out the ugly one. Had it not been for a friend at the time I would not have found out that this person was going around telling everyone in the area that I did not support local businesses. Wow. I stayed the course kept my head up, but the truth was, the damage had been done. I’ll be honest I let karma take over. I know bad Lety, but I didn’t care they were messing with my reputation and income for my children and doing it deliberately.

I could tell you more stories. I felt like was I in a never ending barrage of weirdness. Then one day I said screw it and decided to bring me back. If you didn’t like how I worked, you know what made me good at my job, then don’t do business with me!

So when my husband got the call to go to Portland, Oregon, I told him to take it. Because I thought any opportunity to help us move from Idaho we need to take. It was 2014, the year I had my daughter that I came to the conclusion we needed to leave. Idaho was not meant for us. We were never supposed to stay the rest of our lives here. When people ask me about the area I tell them, it’s beautiful. You get all four seasons, there is a river right near downtown it’s a lovely place but I don’t want to live here anymore. So I do thank the area for what it did give me, a roof over my head for eight years, a nice little group of friends, a real hard experience in business and most importantly courage. But I’m excited about this new adventure and the opportunities it will bring. 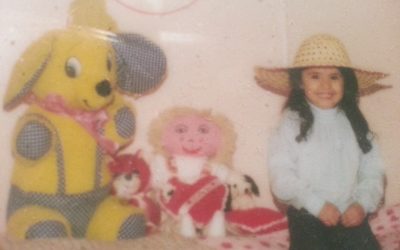 How long until your realization hits? I am THE go to Publicist when you are ready to up your promotions and take your publicity to the next badass level. I will help you determine the media best suited to share your story. Together we will develop a pitch that will be...

END_OF_DOCUMENT_TOKEN_TO_BE_REPLACED 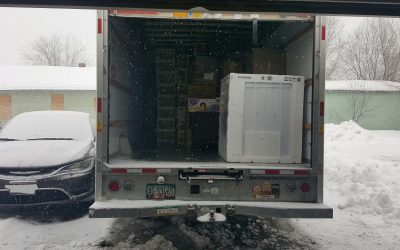 Seriously don't ever move in the winter. I hate moving in the snow. Thank goodness we are almost done. We took a break and are inside warming up and cleaning a bit waiting for it to die down so we can go back out again. This move has been such a...

END_OF_DOCUMENT_TOKEN_TO_BE_REPLACED

How to Get Your Creative Juices Flowing

This is how to get your creative juices flowing. Remember your friend? No, not the one from school or down the street. The one that nobody else could see. The one where all your creative ideas and stories were shared. One day you found yourself in your backyard behind...